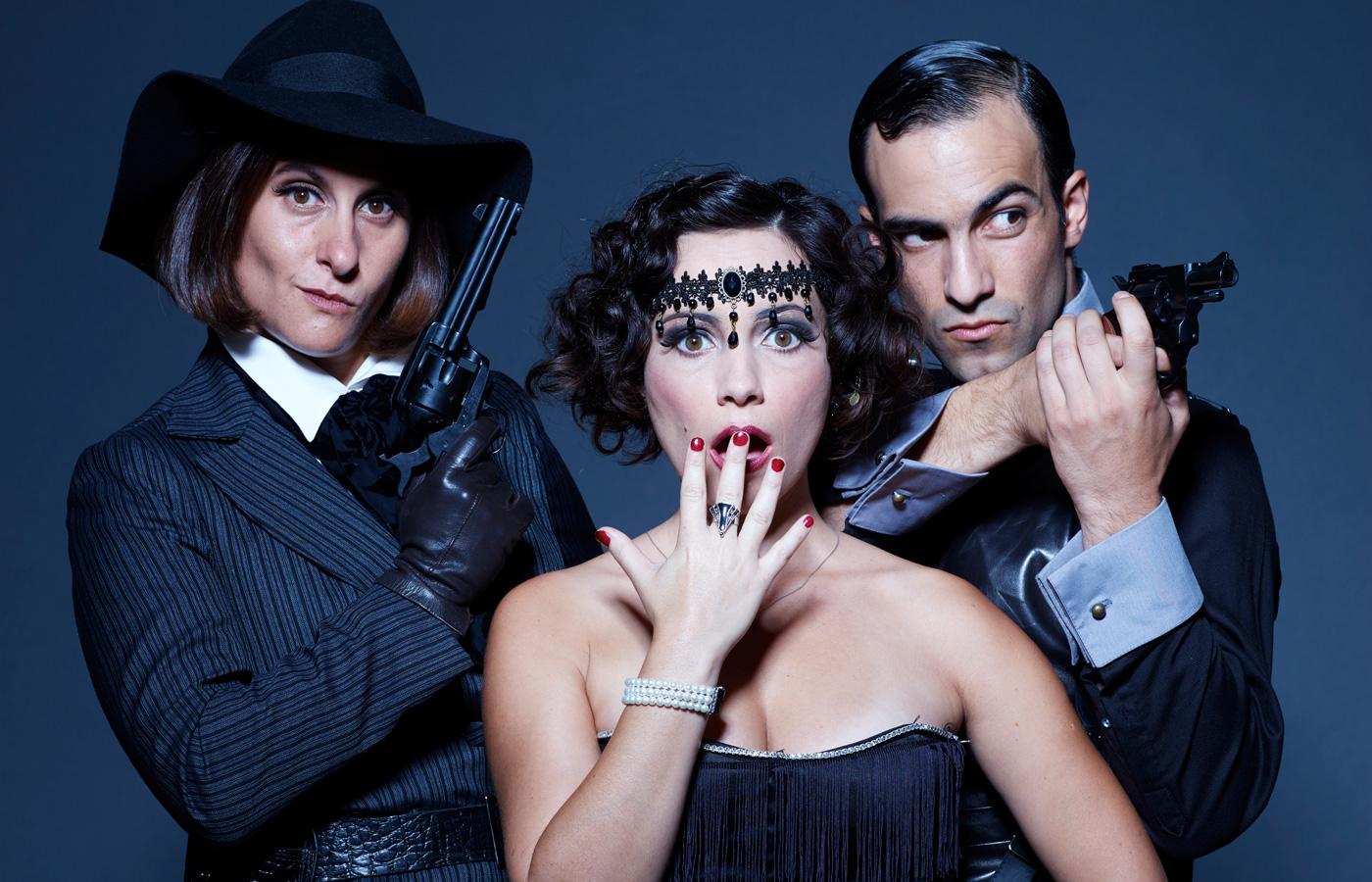 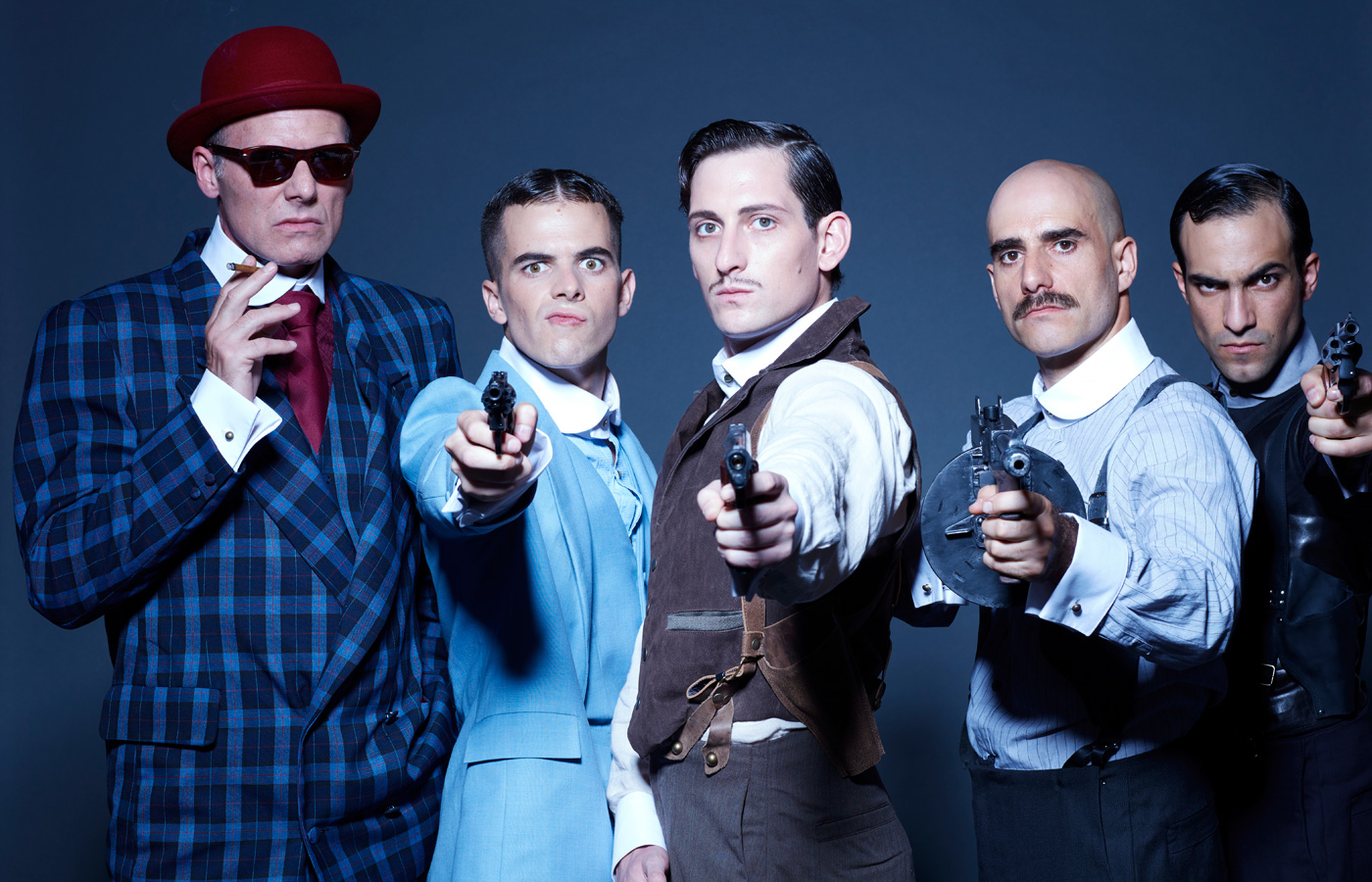 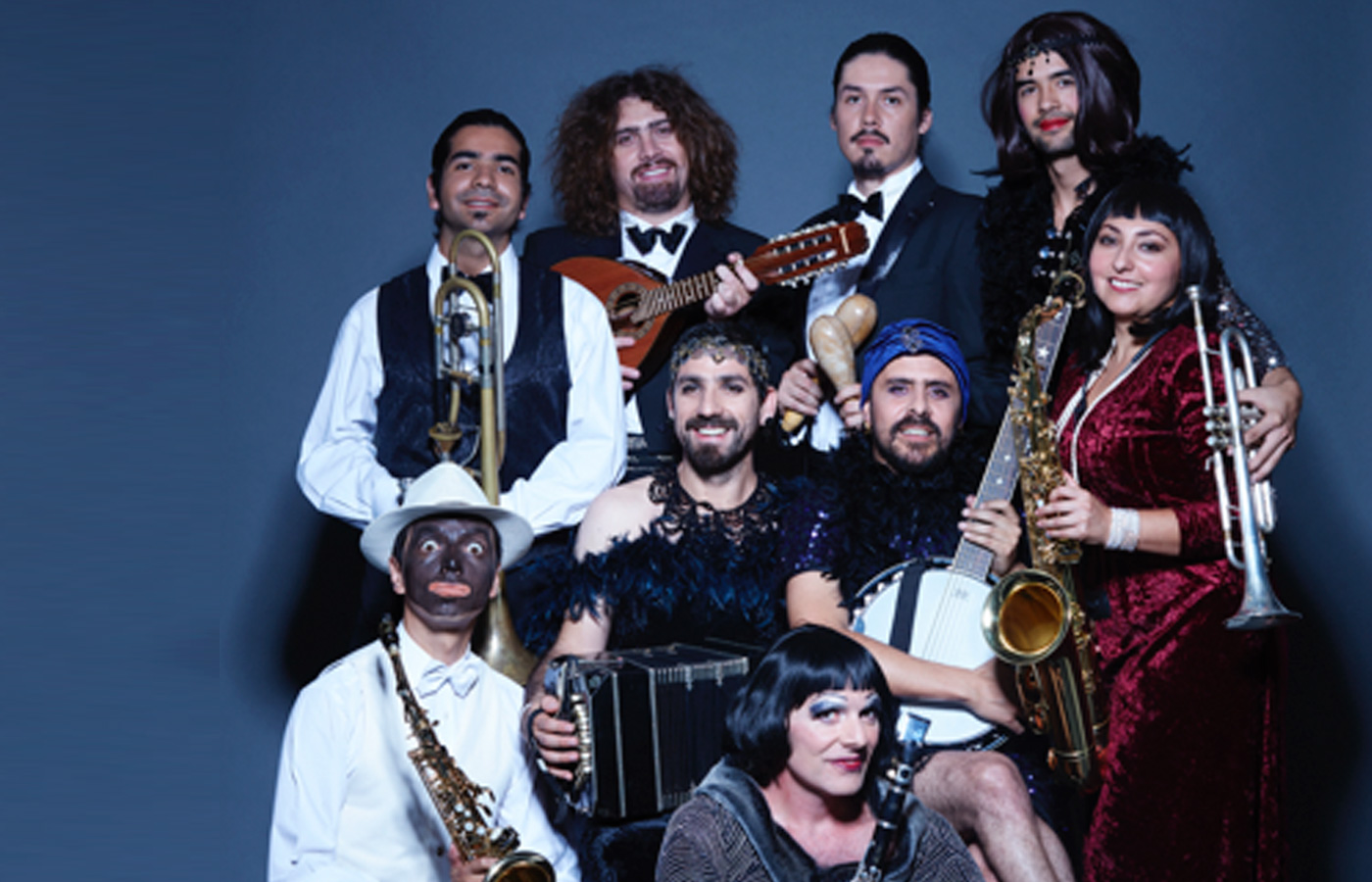 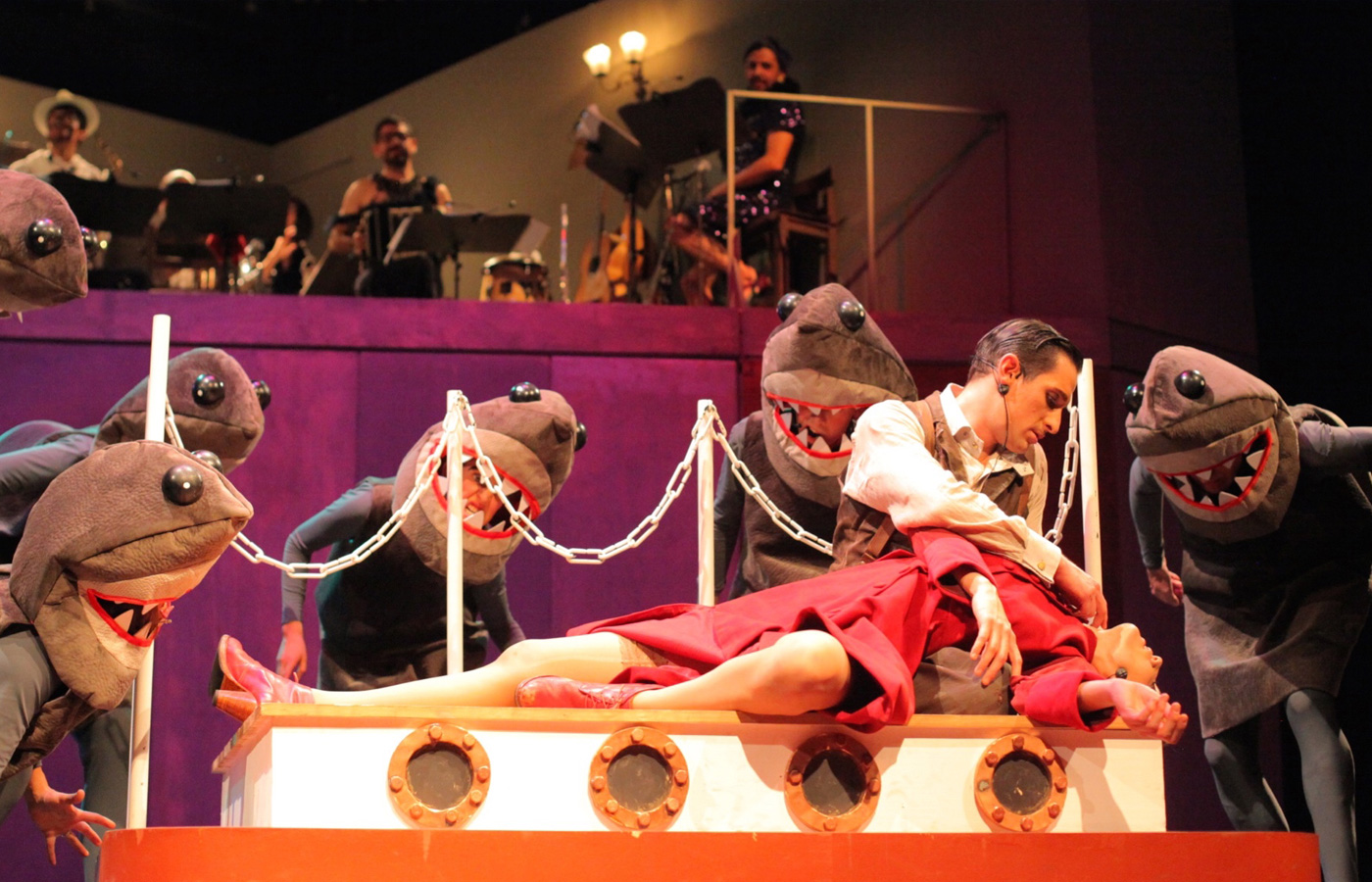 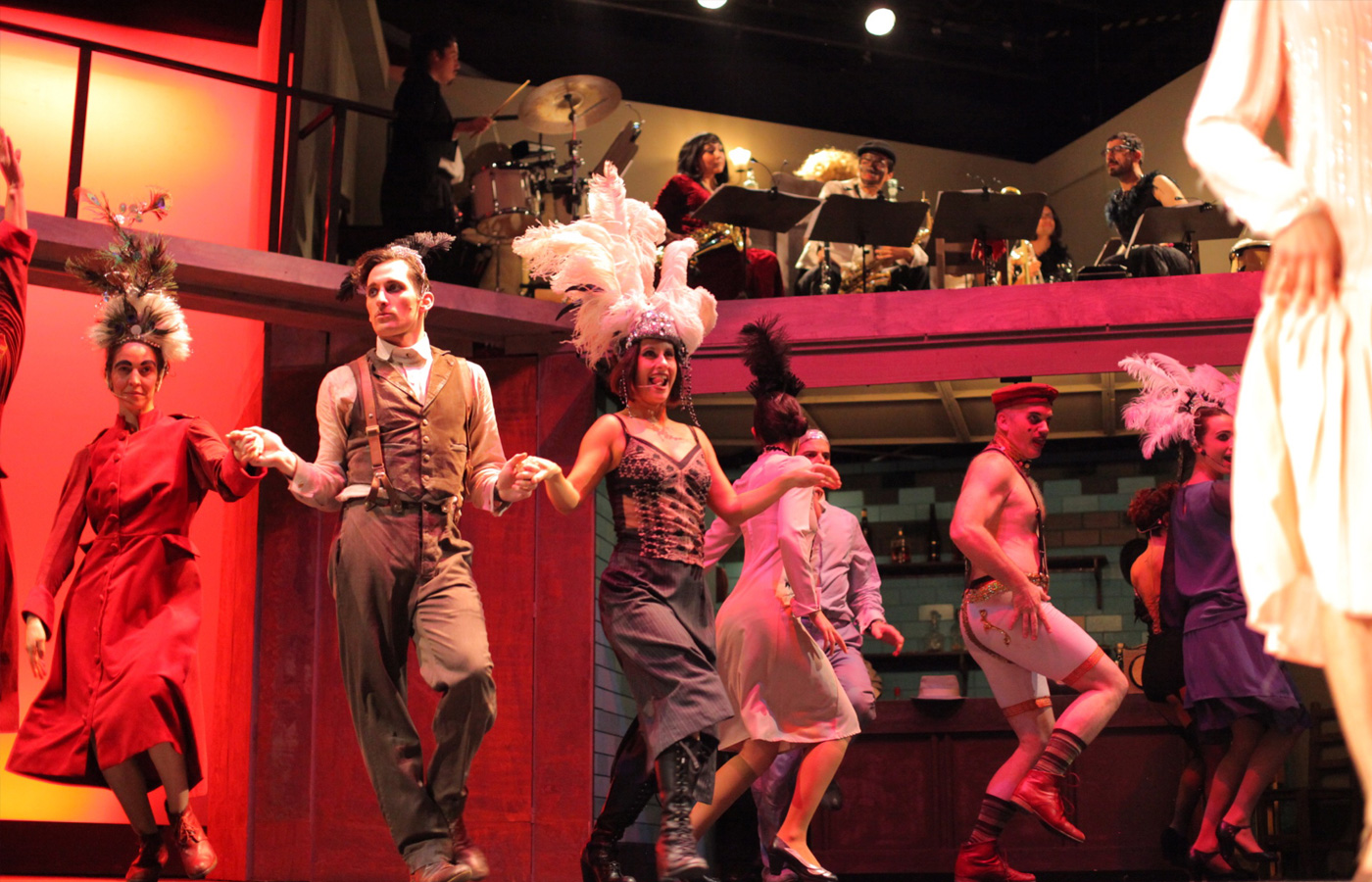 The dialectical method applied to the stage problematic is, in my point of view, the great legacy of Brecht to the universal theater. This creator knew how to assemble and dismantle humanities to show the world that people should not succumb to the social and economic systems that different nations have established throughout history.

Happy end is an example of the before mentioned. It is a musical comedy that embodies with clear scenes and beautiful songs, the vision of man as a social being that, above all, must expose his human dignity. In this work, the characters appear to me as beings who do not feel or think autonomously, who lack that freedom. Their destinations belong to the narrative of the speech. They seem to be stuck in the story of the “happy ending”, exposing through raw fun, the culture of consumption and omission.

Without a doubt, in this theatrical production I reflect on that social being that proclaim for his ideals. It seems necessary to put this theme on the table considering the times we live in, where we can see that many of those who someday took flags of struggle, today seem not to want to do so and even ignore their old convictions. Maybe because of shame or cowardice. Maybe out of pettiness, or out of repentance. It was beautiful, but it’s over.

Through a living and open theater, in a here and now, I seek to expose the constant construction and destruction of the human being, the force of violence and love. The contradiction, the vital dialectic

In a corrupted Chicago, Lieutenant Lilian Holiday leads a Salvation Army group that aims to confront the sin of a criminal gang. Her goal is to turn Bill Cracker, head of the organization, for it Lilian will use unorthodox methods that will jeopardize her promising religious career at the same time that she will be romantically entangled with the gangster. But behind the candidness of the argument, the humor and irony of a critique of what is understood as a happy end is revealed, resignifying this apparent struggle between good and evil as a functional articulation to capitalism.